On the 15th September 2016, Suunto announced the arrival of three new  customisable watches. So, we started playing with the different bezel and glass, case strap, buckle, buttons, bezel screws, and display variations, of which there are many!

Then we stopped and thought for a while.

There are lots of other watches that are rare, either because few were made, are vey difficult to make or include something that is valuable or hard to find (Titanic, Moon Dust, Spitfire).

If you own one of these rare timepieces, it is probably quite valuable. If you own a unique Suunto, it isn’t.

This is partly because it doesn’t have anything particularly valuable in it but mostly because it is mass produced and made unique by design.

So, it is an interesting step in the direction of uniqueness, but not in itself, valuable.

Customisation is a pretty big deal in other sectors. You can have a personalised bottle of Coke or Nutella. You can customise your own Mustang and Ford inform us that 7,414,811 Mustangs have been customised so far using their dashboard. 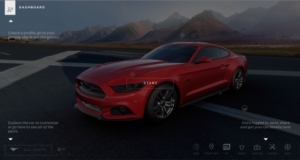 So, what is the current state of the customisable watch market and where is it heading?

There are a number of manufacturers of customisable watches, differing greatly in the number of variations offered and the price.

In reality, if you have enough money, any watch manufacturer will create a unique timepiece for you.

At a relatively low entry price (£45), there is BLKCHURCH offering 8 colour variations for the face, strap and clip. 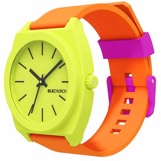 At the other end of the price scale is TITANBLACK or the Bamford Watch Department who offer a broad range of luxury watches with a mind-blowing number of variations to virtually every part of the watch. 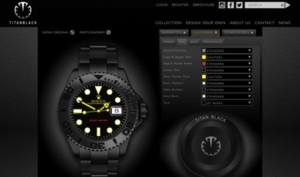 As the examples of our own customisations clearly demonstrate, perhaps allowing customers to design their own watches is not such a good idea!

Another route is watch modding (modification). There is a fine line between customisation and modification. The latter is mostly focused on a relatively small number of watches that have standardised components and are easier to tinker with by the watch owner or a specialist modifier.

Since we can find virtually anything we desire through digital channels, someone will undoubtedly provide it. Generally, the truly rare becomes more valuable over time. If, in the future, every watch has some level of customisation, this becomes the norm and the value inevitably diminishes. So, perhaps leaving your watch in its ‘original’ condition is the way forward?

Alternatively, there is the ‘inadvertent’ modification. My own Brietling was cracked on a rock in the River Breiddalsa in Iceland whilst fishing for Salmon. For some reason, the dials turned from blue to gold, pure gold, of course!

Bell & Ross Pays Striking Tribute To The Past

We are huge admirers of Bell & Ross