Andrew is the Co-Founder of MrWatchMaster and a hugely passionate horologist and collector of watches and clocks. His fascination with watches started at an early age and purchased his first watch when still at school. He is a member of the British Horological Institute (BHI), Antiquarian Horological Society (AHS), National Association of Watch and Clock Collectors and RedBar Group.

He is also a Liveryman in the Worshipful Company of Clockmakers and has been awarded the Freedom of the City of London. Through his connections in the watch industry, Andrew has had the privilege of meeting world renowned watchmakers, passionate collectors and horologists with fascinating stories to tell.

He has been in the presence of some of the world’s most important timepieces including the legendary ‘Graves Watch’  (below), the stunning Patek Philippe ‘Grandmaster Chime’, Captain James Cook’s ‘Arnold Chronometer’ and other fine examples by some of the greatest watchmakers including Thomas Tompion, Abraham-Louis Breguet, John Harrison, Thomas Mudge and George Daniels.

Andrew is amongst the leading practitioners in branded content and has thirty years experience working with brands advising them on their marketing communications strategies.

He co-authored the academic study, Defining Branded Content For The Digital Age and authored several other publications, including Fifteen Years, A Branded Content Story, bringing together 60 leading industry experts.

Andrew lectures in Branded Content Marketing and regularly speaks at international conferences and has been on many international award judging panels. He is a member of the IPA’s Effectiveness Week Advisory Board. He is also an Advisor to the Branded Content Research Network that brings together leading Academics and Practitioners.

Greg is the Co-Founder of MrWatchMaster. He began his advertising career at Young & Rubicam in London, at which his roles included Broadcast Director and Executive Media Director. He moved on, after 14 years, to become Managing Partner and eventually MD of Optimedia and MD of the merged ZenithOptimedia, the UK’s largest media company at the time with billings in excess of £630m.

Greg was also part of the team that achieved ‘Investors in People’ for Optimedia and launched ‘The ROI Agency’ proposition for ZenithOptimedia. Greg is a member of the IPA and was part of their Training and Development Committee and the Client Service Committee and presents at a wide range of industry events.

Greg currently owns a unique ‘tropical’ Breitling and a Dunhill Dress Watch, both of which were presents and now intends to expand this small collection considerably over the next few years.

Dr James Nye is the Founder of The Clockworks in South East London. It is a museum-class in-house conservation space realised through the creation of a specialised workshop, able to undertake any work associated with timekeeping artefacts, either electric or not, old or new. James has been involved in clocks since the age of fourteen, when he was put in charge of a Gents master-clock system at his school in Sussex. This sparked an abiding interest in electric timekeeping.

Following graduation from Balliol College, Oxford, James entered a career in finance and the energy sector. Retiring from commerce, he completed a PhD in financial history at King’s College, London, where he holds a visiting fellowship. His thesis included case studies of Victorian and Edwardian electric clock companies.

James is chairman of the council of the AHS, and sits on the editorial advisory panel for Antiquarian Horology. He is a long-standing member of the BHI, a Life Member of the NAWCC, belongs to the Deutsche Gesellschaft fur Chronometrie as well as Chronometrophilia, and is also a liveryman and member of the court of the Worshipful Company of Clockmakers.

Alan is a freelance journalist, specialising in watches. He writes for many publications including, Revolution and The Rake.

Keith is the Creative Services Production Leader for the National Association of Watch and Clock Collectors (NAWCC). He is also Associate Editor of the NAWCC’s Watch & Clock Bulletin which is distributed bi-monthly with articles and features focusing on various aspects of horology. Keith also is the Editor of the NAWCC’s online watchnews blog which features ‘all things wristwatch’.

Louise is the Assistant Curator at Kenwood House, English Heritage. She is an Art historian and curator with expertise in British painting and drawing 1600-1950. Specific research interests include British portrait miniatures and the artistic practice of women 1750-1950. Louise has written extensively about horology in art, including Timepieces in Victorian narrative painting that was featured in Antiquarian Horology

Diana Wills is a Biochemistry graduate and a freelance writer who is passionate about a healthy lifestyle, luxury, family wellness, and self-care.

Brigitte Evans is a Lifestyle Consultant and a writer from Australia. She is passionate about fashion, luxury, lifestyle, yoga, mindfulness, beauty and travel. When she is not drooling over the next big thing in the luxury industry, she is reading classic and mystery novels and making plans for her next trip. Her motto is: “Life is too short to be anything but happy”. 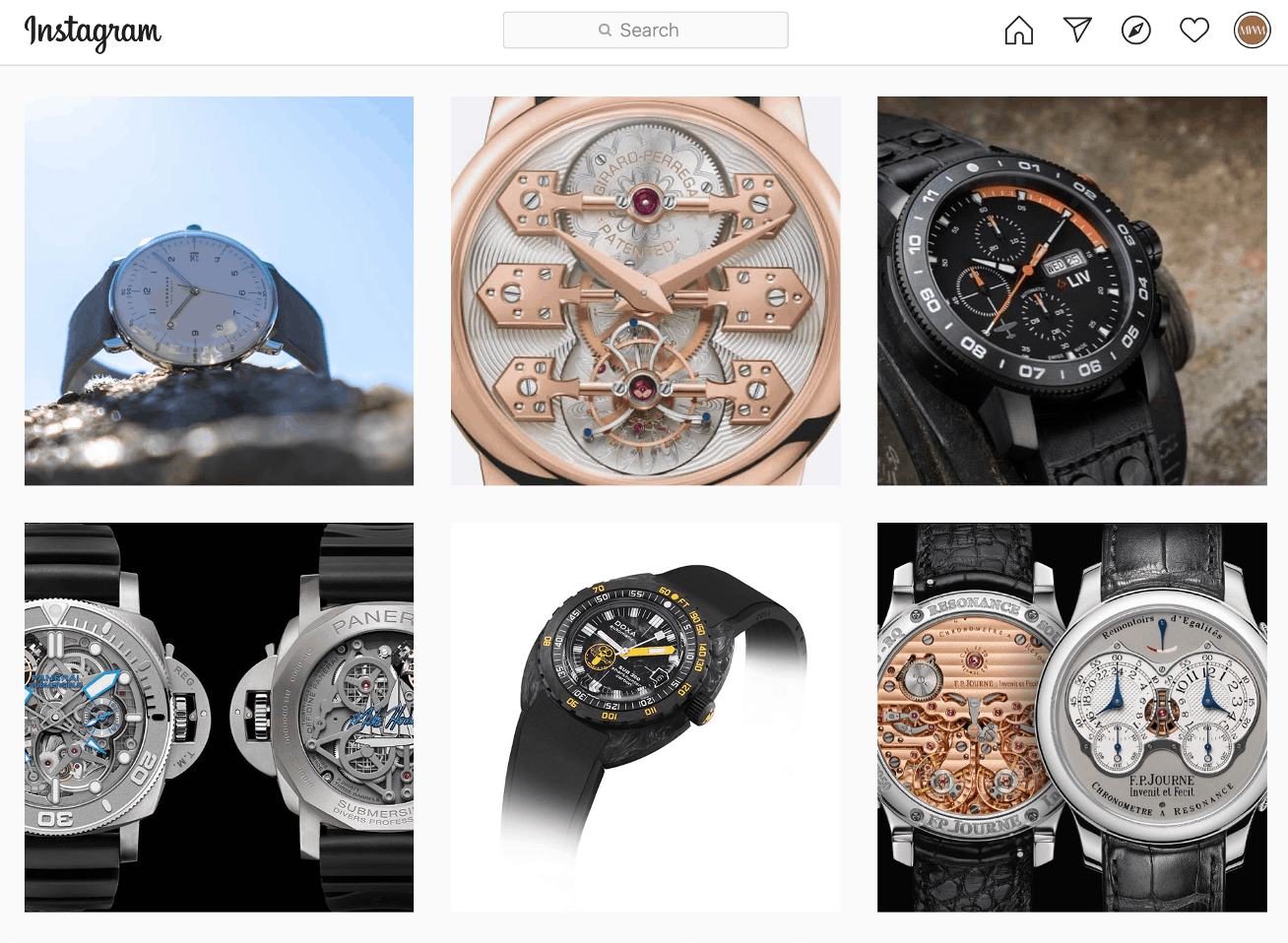 Return Of A Hanhart Legend